“It’s an honour to be a part of this long-standing team, who have made a real contribution to women’s cycling in the UK since 2005.” – Iúri Jorge, head coach of Velo Performance

Fusion RT Velo Performance is a top-tier amateur women’s racing team, participating in some of the highest profile events in the UK. In 2017, they attended the Women’s Tour de Yorkshire 1.1 and all of the British National Series. As well as the British National Road, Time Trial and Track championships. In 2018, the team will be focusing on these races, as well as the Tour Series and other international races too.

The 2018 team rosta is to be announced very soon, consisting of some very experienced riders along with some exciting new talent.

The team is run by Terence Williamson, who has managed Fusion RT since it’s inception in 2005. Through Fusion RT, he has helped support many young riders fulfill their racing dreams.

Many of these girls have gone on to professional teams, both within the UK and abroad.  This year, Terry will be helped by Iúri Jorge who will act as a race director and coach for the team.

We want to help Fusion RT as much as we can. The proceeds of all online training plan sales in 2018 will go directly to Fusion RT Velo Performance. To download a plan or to find out more, click here.

Here’s to an an amazing season, best wishes from us all at Velo Performance team. 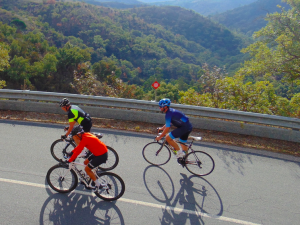 Find out more about Fusion RT: